I just did an interview for Flight Network’s Let’s Roll travel blog and let slip a secret I’ve been guarding since November. I’m declaring my entry for the 2014 Tour Divide 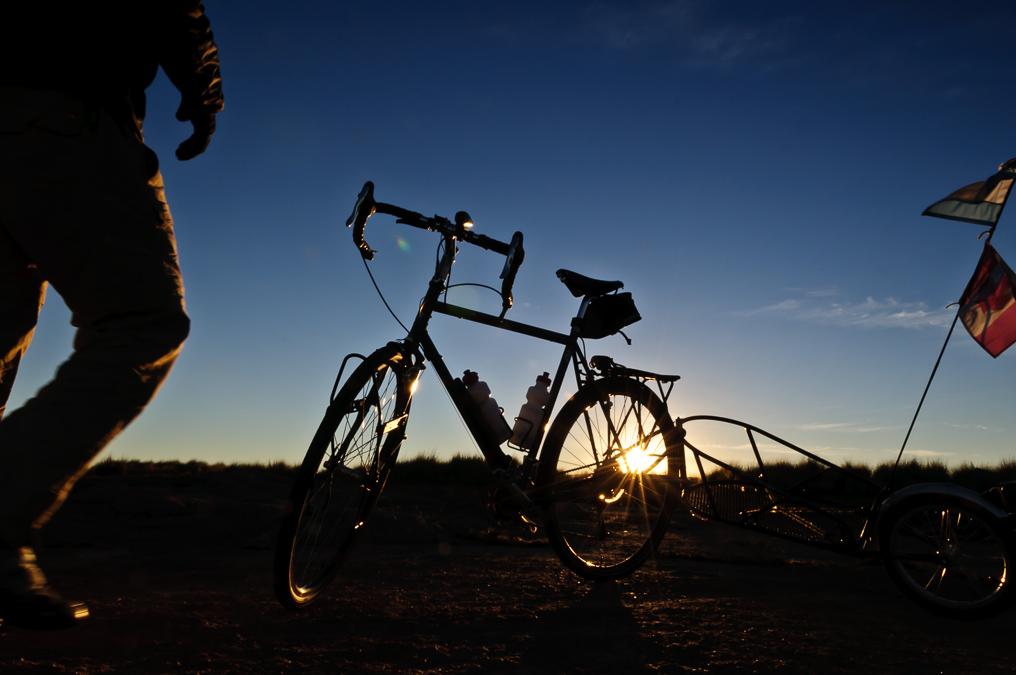 What is Tour Divide?

The Tour Divide is an epic single-stage mountain bike race from Banff, Alberta, to Antelope Wells, New Mexico. The 4418 km route down the spine of the Rocky Mountains, including an absurd 61 000 m climbing, is the longest off-pavement cycling route in the world.

Here’s the brief description on the Tour Divide Website:

Decidedly not for sprinters, this battle royale braces mountain passes and windswept valleys of the Continental Divide from the hinterlands of the Canadian Rockies to the badlands of the Mexican Plateau.

Perhaps more telling, is Outside Magazine’s take on the route:

The world’s toughest bike race is not in France.

How the Tour Divide Works

One of the reasons I am attracted to the Tour Divide is its simplicity. There are no entry fees, no minimum (or maximum) daily riding distances, and absolutely no support. It’s essentially one big time trial form Banff to Mexico.

It’s a single stage, unsupported grand tour. In laymen terms, that means all I have to do is show up on Friday, June 13, 2014 and race. Once the clock starts, it won’t stop until I reach the USA/Mexico border. Since it runs as a single cumulative time, its comes down to a rare combination of endurance and speed. The course record is absurd 14D 11H 55M, but the official record sits at 15D 16H 14M. Techincally, a rider qualifies for the Tour Divide General Classification by riding the course in double the record time; however, the spirit of the race asks riders aim for 1.5X the course record, which matches my goal of 22 days perfectly.

I want to use this race as a huge personal challenge and to prove that top-of-the-line gear isn’t always essential, so I hope to ride my Surly Long Haul Trucker. It is the most comfortable bike I have ever ridden and I know it is tough enough to endure the race. It held up nicely on Ruta 40, in Argentina, when I was only running 35 mm tires.At the same time, as I own the 700C model, my Long Haul Trucker can only handle a 45 mm tire. I’ve just ordered a set, which I hope will get the job done but I won’t know for sure until I get my first training ride in. I need to make sure the tires are wide enough to suck up some of the jolts the route will dish out or I’ll run the risk of some painful hands and arms.

If the Long Haul Trucker won’t go, I’ll be in the market for something more suitable, like a Surly ECR or Ogre, Salsa Fargo, or a standard hardtail mountain bike.

More to come soon. What an adventure this is gonna be!